Essential Workers In Barbados “Take A Break” With Rubis And Nescafé

Rubis Barbados and Vending Plus recently invited essential workers to have a free cup of Nescafé coffee on them.

The initiative, which ran throughout the month of June, offered several groups of essential workers a free cup of Nescafé coffee when they visited a Rubis service station.  The first group of workers included members of the Barbados Defense Force, Prison and Fire Service along with medical and pharmacy personnel  The offer was so popular that the companies expanded the promotion to include a second group of essential workers including Media, Sanitation Service Authority (SSA), Barbados Water Authority (BWA), Barbados Light & Power (BL&P), Port Authority, Environmental Health Officers, Customs, Immigration, Disaster Management, Flow, Digicel and funeral employees.

Andrea Gooding, Marketing Manager, Rubis explained, “Rubis has undertaken several regional initiatives to assist sectors of the country during the trying COVID-19 pandemic and this is our way of showing appreciation to just some of those who have been working tirelessly to keep us safe.”  She added, “Locally we have also donated personal protective equipment to the Ministry of Health and HM Prisons.  This support has been cascaded throughout our operations here in the Eastern Caribbean, as we believe strongly in supporting our local communities.”  The free coffee partnership with Nescafé also took place at Rubis service stations in Jamaica during May.  Bart Sims, Business Development Manager at Vending Plus, who manages the Nescafé Professional brand locally, said the company was pleased to treat Barbados’ essential workers with a cup of Nescafé coffee. 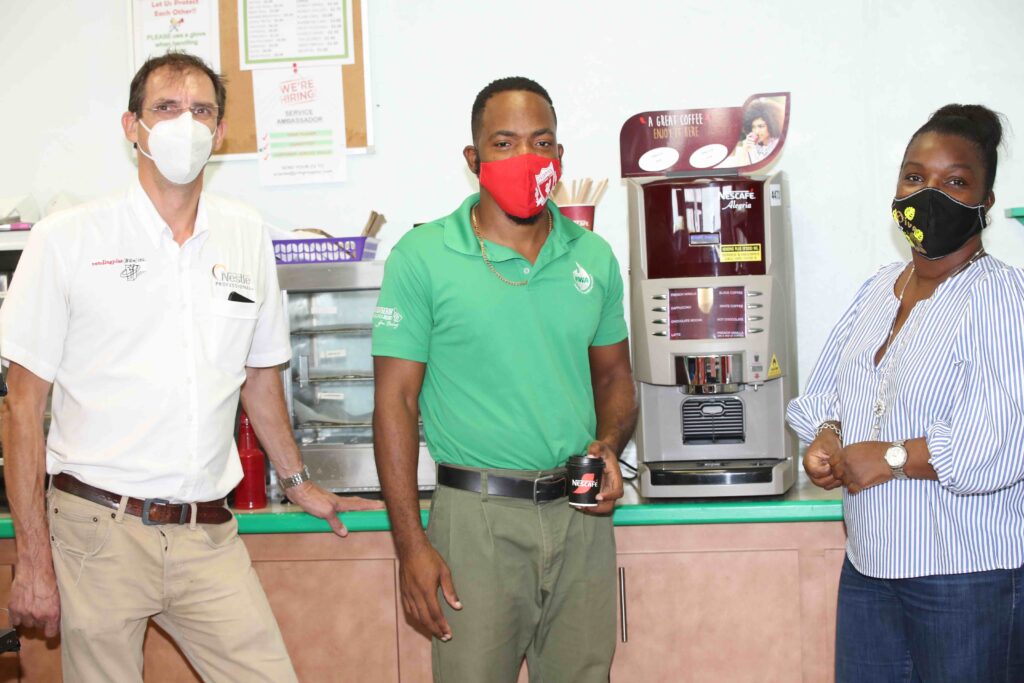 (L-R): Bart Sims of Vending Plus poses with O’Rian Kirton, Treatment Plant Operator at the BWA, while Andrea Gooding of Rubis looks on.

(L-R): Bart Sims of Vending Plus in discussion with Michael Worrell, Electrical Maintenance Supervisor at BL&P and Andrea Gooding of Rubis. 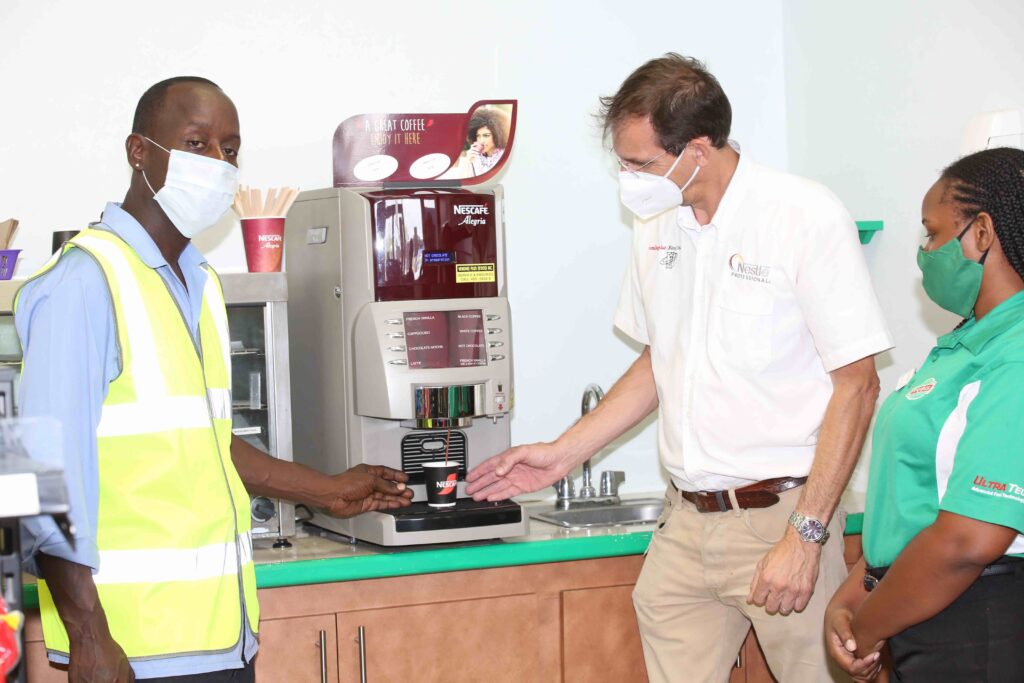 (L-R): Kerry Holder, Push Carter at the SSA is assisted with his free cup of coffee by Bart Sims of Vending Plus as a Rubis Station Attendant looks on. 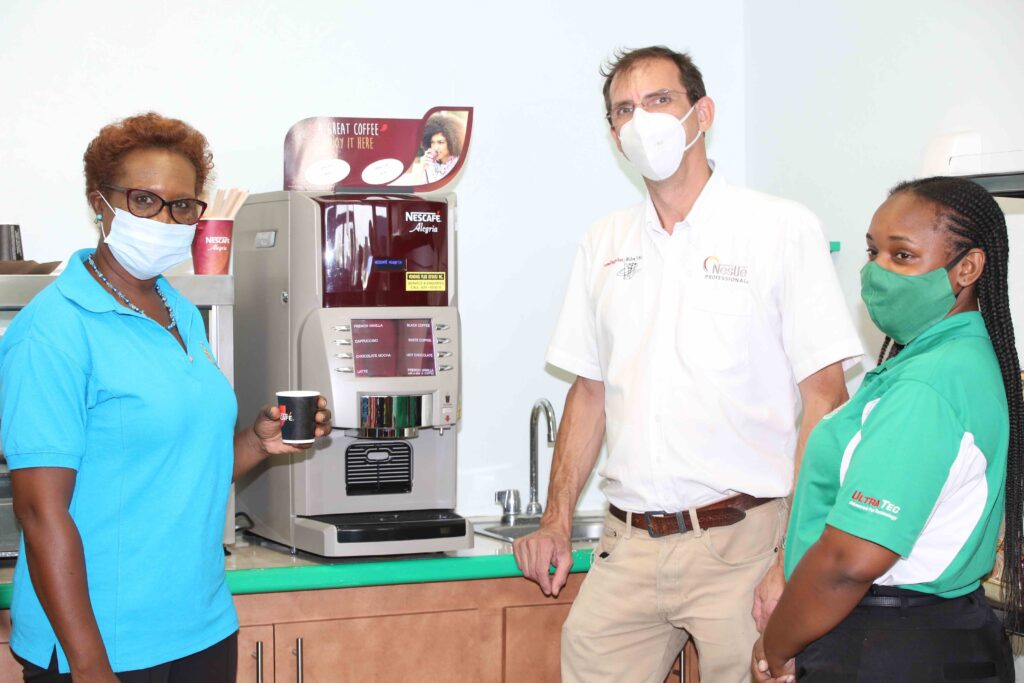 (L-R): Letitia Richards, Supervisor at the SSA enjoys her free cup of coffee as Bart Sims of Vending Plus and a Rubis Station Attendant look on.